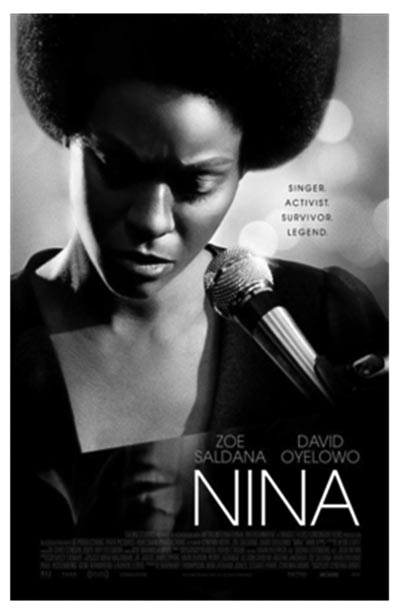 Singer. Activist. Survivor. Legend.
Highly controversial film on one of the century's most extraordinary talents, a 15-time Grammy nominee and Grammy Hall of Fame Recipient; her mesmerizing songs and passionate politics  combined to make her the unforgettable Nina Simone.

But fame and fortune came with a price, and her later years were riddled with depression, alcohol abuse and isolation. Rediscovering the meaning of her life and work took courage, strength and one true friend: Clifton Henderson, the man who started out as her assistant and eventually became her loyal manager.

With Clifton's encouragement, the "high priestess of soul" began a courageous journey back to her music... and, eventually, herself. Nina has received overwhelmingly negative reviews from critics. The Critics' Consensus states, "A wholly misguided tribute to its subject's searing talent and enduring impact, Nina is the cinematic equivalent of a covers project featuring all the wrong artists."