They Will Have to Kill Us First 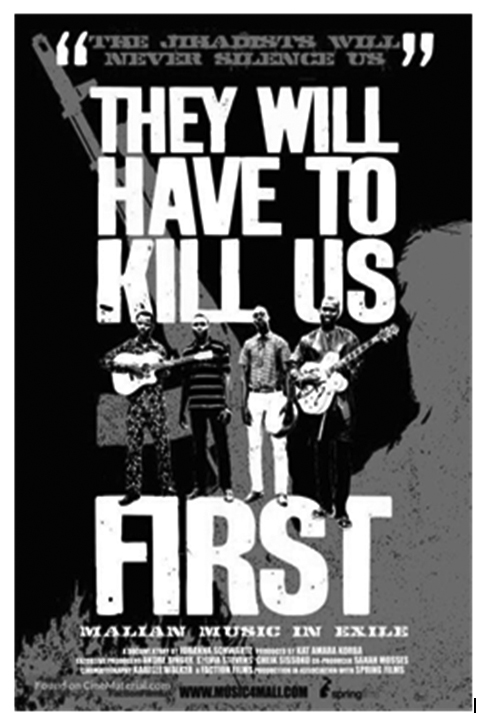 In 2012, three extremist groups captured most of the north Mali – an area the size of the UK and France combined. The cities were virtually shut down, sharia law was instituted and all music was banned.
Music is the beating heart of Malian culture. But when Islamic hardliners took control of northern Mali, they enforced one of the harshest interpretations of sharia law in history and, crucially for Mali, they banned all forms of music. Radio stations were destroyed, instruments burned and Mali's musicians faced torture, even death. Overnight, Mali's revered musicians were forced into hiding or exile where most remain even now. But rather than lay down their instruments, the musicians are fighting back, standing up for their cultural heritage and identity. Through everything, they have used music as their weapon against the on-going violence that has left Mali ravaged. The stories of these artists are told without gloss - they are sometimes heartbreaking, sometimes inspirational, and sometimes incredibly frustrating as we watch musicians make tough choices about their futures.
„Disturbing and inspiring… an excellent, important documentary. Masterfully shot and  edited.“ – CBC Radio  „Johanna Schwartz’s miraculously hopeful documentary, ’They Will Have to Kill Us First: Malian Music in Exile,’ delivers a vibrant testimony of resilience under oppression.“ - New York Times   „One of the season’s top documentaries“ - The Guardian