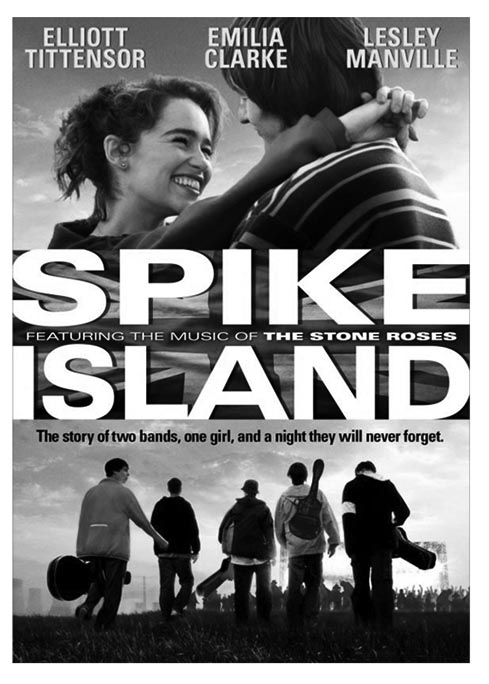 The story of two bands, one girl and a night they will never forget. Heartfelt coming-of-age story about a wannabe rock band in Manchester who hatch a plan to hand-deliver their demo tape to their idols, The Stone Roses, at the band's impending gig at Spike  Island. School is nearly over for summer (and forever) for five 16-year-old Lads from Manchester. A nostalgic snapshot of Britain in the early 1990's this is a fictional story set against a real event - UK bank The Stone Roses' legenday gig of May 27th 1990 at Spike Island in Widnes. Nothing will stop our boys from seeing their heroes on stage, this is the story of their journey and the 72 hours across which their friendships are tested and their future is shaped-together or apart. „A lively and enjoyable trip, and a welcome lads' subculture movie that isn't about football.“ – The Guardian „The film looks amazing. Chris Coghill’s script is excellent – with some real belly laughs – and Nico Mirallegro and Elliott Tittensor, are brilliant. The soundtrack speaks for itself and sounds better than ever in a huge cinema. First class.“ – The Sun „Vibrant, attractive piece that deserves a wider outing than cult.“ – Screen International